Emmanuela started acting at the age of 14 for the National Television in Greece and gained her BA in acting from Veaki Drama School (GR) she studied at The Stella Adler Studio of Acting (NY) and BSA (UK).   She Has worked at the National theatre of Northern Greece and performed in Fringe and off West End venues in London. She has completed two residencies at the Barbican and The Lyric Hammersmith as an actor and has worked as assistant movement director to Diane-Alison Mitchell in ‘Emperor Jones’.

Emmanuela is fully trained in Greek Drama (BA) and had her first Chorus movement direction in ‘Katheryn Howard’ at the Hope theatre (2019). She also works as a theatre translator from Greek to English and Vice Versa. 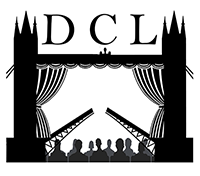